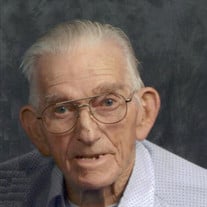 Walter Matthew Leather, 95, of Salisbury, passed away Monday, August 23, 2021 at the home of his daughter. Born January 20, 1926 in Fall River, MA, he was the son of the late John Leather and Sarah Holden Leather Ellison, and the stepson of the late James Ellison who helped raise him. He graduated from Durfee High School, Fall River, MA, and was a veteran of the US Navy during WWII. He served on the Destroyer Escort USS Frybarger as a torpedo-mens mate. Mr. Leather was a licensed Master Plumber in New York City and supervisor of plumbing in the Board of Education, City of New York. Mr. Leather resided in Long Island City, Queens, New York, for 60 years. During those years he was very active in Boy Scouting serving in many capacities, and was honored as a Vigil Honor Recipient, and was awarded the Silver Beaver. He was also a very active volunteer at Precious Blood Catholic Church in Long Island City, NY. Mr. Leather and his wife Doris retired to Oak Park Retirement Community in Salisbury in 2009 to be near his daughter and family. He was active at Oak Park as the resident photographer taking over 20,000 pictures in his time there. He was a member of Sacred Heart Catholic Church, Salisbury, NC. In addition to his parents, he was preceded in death by his wife of 65 years, Doris Winslow Leather, on December 6, 2015, his son, Walter M. Leather Jr., on January 25, 1988, a great grandson, Noah Benjamin Aycoth, on October 4, 2016, and sisters Mabel Hathaway and Alice Westgate. Those left to cherish his memory are his daughter Carol Leather Aycoth (David) of Salisbury, daughter-in-law Cathy Leather Ostuw (Rich) of Stamford, CT, grandsons Jason Aycoth (Kimberly) of Greensboro, and Bryan Aycoth (Ashley) of St. Johns, FL, great-grandchildren Brody Aycoth, Emerson Aycoth and Eva Aycoth and a number of nieces and nephews. The family will hold a private visitation from 10:00 - 11:00 am Friday (August 27th) at Sacred Heart Catholic Church followed by a Mass of Christian Burial at 11:00 am with Rev. John Eckert officiating. The funeral will be live-streamed on Facebook Live. Interment will follow at Sacred Heart Catholic Cemetery. Military Graveside Rights will be conducted by the US Navy. Memorials may be made to the charity of the donor’s choice. Summersett Funeral Home is serving the Leather Family. Online condolences may be made at www.summersettfuneralhome.com.

Walter Matthew Leather, 95, of Salisbury, passed away Monday, August 23, 2021 at the home of his daughter. Born January 20, 1926 in Fall River, MA, he was the son of the late John Leather and Sarah Holden Leather Ellison, and the stepson... View Obituary & Service Information

The family of Walter Matthew Leather created this Life Tributes page to make it easy to share your memories.

Send flowers to the Leather family.