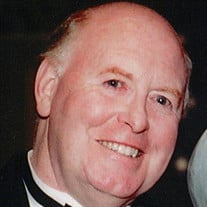 Timothy James Moreland, 75, of Salisbury, North Carolina died on January 27, 2022 in Charlotte, North Carolina surrounded by his family. He was born on January 6, 1947 in Fort Dodge, Iowa to Marvin L. Moreland and Beverly A. (Gilday) Moreland. He graduated from Sioux City Bishop Heelan Catholic High School and Benedictine College in Atchison, Kansas. Moreland had a long and successful career as a radio announcer and sports broadcaster in Le Mars, Iowa; Casper, Wyoming; Lincoln, Nebraska; Minneapolis, Minnesota; and Cincinnati, Ohio. He was the voice of the University of Nebraska Cornhuskers football and basketball, the Minnesota Vikings, the Minnesota Twins, the University of Cincinnati Bearcats football, and East Carolina University Pirates football. He was three times Nebraska Sportscaster of the Year, in 1978, 1980, and 1981. After earning a master’s degree from the University of Wisconsin-Superior and a doctorate from the University of Southern Mississippi, Moreland had a second career as a college professor at Catawba College in Salisbury, teaching communications from 1994 until his retirement in 2017. He was also a keen amateur pilot and devoted owner of Australian Shepherds, and he flew dogs to their adopted homes for Pilots N Paws. He is survived by his partner of 25 years, Suzette Biskey of Salisbury; son Michael (Anna) of Bryn Mawr, Pennsylvania and daughter Katie (David) Brown of Norwalk, Iowa; grandchildren John Paul, Sebastian, Margaret, Benjamin, Jack, and Thomas; and siblings Patrick of Wausau, Wisconsin; Ann Williams of Blue Springs, Missouri; and John of West Carrollton, Ohio. Services will be private. A memorial reception will be held at the Country Club of Salisbury from 3:00pm to 5:00pm on Saturday, February 19, 2022. Contributions in his memory may be made to Shelter Guardians, PO Box 1934, Salisbury, North Carolina 28145.

Timothy James Moreland, 75, of Salisbury, North Carolina died on January 27, 2022 in Charlotte, North Carolina surrounded by his family. He was born on January 6, 1947 in Fort Dodge, Iowa to Marvin L. Moreland and Beverly A. (Gilday) Moreland.... View Obituary & Service Information

The family of Timothy James Moreland created this Life Tributes page to make it easy to share your memories.

Send flowers to the Moreland family.