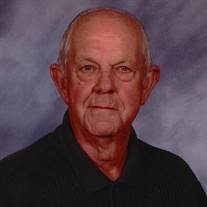 Ray Steven Beattie, age 82, of Salisbury passed away Tuesday, February 8, 2022 at his residence. Ray was born May 14, 1939 in Lincolnton, the son of the late Josie Irene Armstrong Beattie and Steve Edwards Beattie. He went to Wiley School and then went into the Navy where he spent 4 years and 2 years reserve. He worked for Beattie’s Open Kitchen for 20 years as a cook and at Spencer Moose Lodge for 35 years as a cook. He enjoyed fishing, going to the beach, yardwork, flowers and birds. Ray was a member of St. Paul’s Lutheran Church, JF Hurley YMCA, Y-Angels, and the Spencer Moose Lodge. Preceding him in death was his wife, Myra Gaskey Beattie; a daughter, Cathy Beattie Raymer; brothers Tommy Beattie, Spurgeon Beattie, Bill Beattie, James (Jim) Beattie; sisters Margaret Goodman and Betty Hefflefinger. Those left to cherish his memories are his daughter Rhonda Doby (Rick) of China Grove; brother Joe Beattie of Granite Quarry: sisters Rachael Poole of Salisbury and Ann Eagle of Kannapolis and numerous nieces and nephews and cousins. A visitation will be held from 12:30 – 1:30 p.m. Thursday, February 24, 2022 at Summersett Funeral Home. A graveside service will follow at 2 p.m. at the Salisbury National Cemetery conducted by Rev. Steve Sells. Mr. Beattie will be available for viewing at Summersett Funeral Home prior to the visitation. In lieu of flowers donations may be made to St. Paul’s Lutheran Church, 205 St. Paul’s Church Rd., Salisbury, NC 28146; Hospice of Cabarrus County and Palliative Care, 5003 Hospice Lane, Kannapolis, NC 28081. Summersett Funeral Home is serving the Beattie family. Online condolences may be made at www.summersettfuneralhome.com.

Ray Steven Beattie, age 82, of Salisbury passed away Tuesday, February 8, 2022 at his residence. Ray was born May 14, 1939 in Lincolnton, the son of the late Josie Irene Armstrong Beattie and Steve Edwards... View Obituary & Service Information

The family of Ray Steven Beattie created this Life Tributes page to make it easy to share your memories.

Send flowers to the Beattie family.