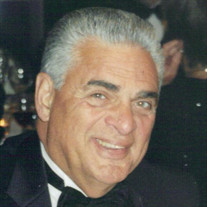 Ralph Eugene Purpur, 86, of Salisbury, passed away Saturday, August 28, 2021 at the Glenn A. Kiser Hospice House. Born September 19, 1934 in Danville, PA, he was the son of the late Arthur Kennedy Purpur and Ruth Ementine Dark Purpur. He graduated May, 30, 1966 with a Bachelor of Science degree in Accounting from Susquehanna University in Pennsylvania. Mr. Purpur was employed for RCA in New York City, Celanese Corporation and then worked as the Vice President of International Audit for Estee Lauder Companies, Inc., headquartered in New York City, for the last 19 years of his career. In that time he traveled the world visiting and working in 95 countries. He attended both St. Mark’s Lutheran Church and St. Luke’s Lutheran Church in Charlotte, was a member of the Washington Masonic Lodge #265 A.F & A.M. since 1960 and the Valley of Bloomsburg Scottish Rites, Bloomsburg, PA. Mr. Purpur served as a youth leader for churches in his younger years and a Boy Scout Leader for several years. In addition to his parents, he was preceded in death by his first wife of 59 years, Eleanor Ann Purpur, January 9, 2015; a sister Rachelle Jean Cooper. Those left to cherish his memory are his wife, Debbra Purpur, who he married on November 16, 2019; son, Steven Purpur and wife Melissa; step-daughter, the Rev. Adrienne Martin, and Suzanna Martin and husband Chris Bailey; sister, Beverly Hartman and husband Gregory; brother-in-law, Dr. Edward Hess and wife Linda. A Memorial Service will be conducted 1 PM Thursday (Sept. 2) at St. Mark’s Lutheran Church, Charlotte, with the Rev. Dr. Timothy McKenzie and the Rev. Jeffrey Ingold, officiating. Memorials may be made to St. Luke’s Lutheran Church Men in Mission or St. Mark’s Outreach Ministries, 1001 Queens Rd, Charlotte, NC 28207. Summersett Funeral Home is serving the Purpur family. Online condolences may be made at www.summersettfuneralhome.com.

Ralph Eugene Purpur, 86, of Salisbury, passed away Saturday, August 28, 2021 at the Glenn A. Kiser Hospice House. Born September 19, 1934 in Danville, PA, he was the son of the late Arthur Kennedy Purpur and Ruth Ementine Dark Purpur. He graduated... View Obituary & Service Information

The family of Ralph Eugene Purpur created this Life Tributes page to make it easy to share your memories.

Send flowers to the Purpur family.