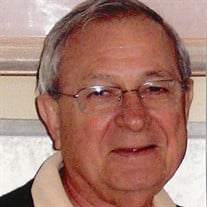 Nathan John “Jack” Errante, 91, of Salisbury, NC passed away Friday, February 11, 2022 at Novant Health Rowan Regional Medical Center. Jack was born March 29, 1930 in Charlestown, MA to Giacoma Pipitone and Vincenzo Errante. He was a graduate of Boston University where he received his degree in Business Administration. Jack served in the Korean War. At the time of his retirement, he was general manager of Owens Illinois Salisbury. Jack was known for his caring nature, quick wit and sense of humor. He enjoyed traveling, the arts, and all things that brought peace and joy into the world. In addition to his parents, he was preceded in death by his siblings, Augustine, Benjamin, Rosalie, and Jeanne; his first wife and mother to his children, Dorothy “Dot” Elliott Errante and granddaughter, Majel Aurora Errante-Wolfe. He is survived by his wife, Lynda Hurt Errante whom he married on August 16, 2007; his children, James Robert Errante, Jason Elliott Errante, and Natalie Ann Errante; grandchildren: Moya Errante-Wolfe, Baylee Errante, and Jake Errante; and many extended family members. A private service will be held at a later date. Memorials may be made to Rowan Helping Ministries, 226 N. Long St, Salisbury, NC 28144; Faithful Friends by way of Friends of Rowan, PO Box 262, Salisbury, NC 28145-0262 and put on Memo Line: Faithful Friends (this way donations will be doubled) and Historic Salisbury Foundation, 215 Depot Street, Salisbury, NC 28144. Summersett Funeral Home is serving the Errante family. Online condolences may be made at www.summersettfuneralhome.com.

The family of Nathan "Jack" John Errante created this Life Tributes page to make it easy to share your memories.

Send flowers to the Errante family.