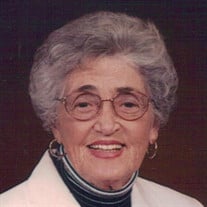 Mary Salamone Austin, 97, died after a brief illness at Trinity Oaks on August 23, 2021. She was born December 5, 1923, in East Port, Long Island, New York the daughter of Isadore J. and Antonia Salamone. Mary graduated from East Port High School. Her career history includes human resources positions with The East Port Duck Packing Plant and Brookhaven National Labs. At Brookhaven National Lab, Mary met the love of her life Jere Cole Austin. They married October 3, 1970 and together would travel extensively throughout Europe, Italy, Spain and the Caribbean. They celebrated 39 years of marriage. In 1986, they attended the wedding of their great niece Leigh Ann Moore Norris and while at the wedding decided to relocate to Salisbury, North Carolina. This move brought them closer to her siblings Rose and Tony and her niece Pat Moore and their extended families. She loved being closer to many nieces, nephews, and grands. Soon so many people were calling her by her most regaled title, “Aunt Mary” that even new friends and most others affectionately referred to her as Aunt Mary. Mary and Jere quickly joined local organizations and clubs. Some of their favorites included Rufty Holmes Senior Citizen Center, The Prime- Timers, and The Salisbury Mall Walkers. In addition to enjoying enduring friendships and attending reunions, they were accomplished dance partners and enjoyed hosting dinner parties for family and friends. Aunt Mary was locally famous for her baking skills mastering cream puffs, Italian wedding cake and gifting homemade assorted Christmas Cookie trays annually. She excelled in everything she took an interest in. A shrewd business woman and fiercely independent, she had a sharp eye for detail and fashion. She was a friend in deed if you were a friend in need. Mary and Jere were members of The First United Church of Christ, Salisbury, N.C. She believed in the power of prayer in all things. She is predeceased by her parents and siblings Rose, Frank, Mike, Tony and Lucy. Her beloved husband Jere died in September of 2009. Surviving are Jere Austin (Danni Danuta) and Faith Tierney (Harold); four grandchildren, Jere III(Erin), Mary Jane (John), Scott(Michelle), and David(Penny); eight great grandchildren and two great great grandchildren; many nieces, nephews, grand nieces, grand nephews and great great grand nieces and nephews. A Mass of Christian burial will be held at Sacred Heart Catholic Church on Thursday, September 2, 2021 at 11:00 a.m. The Funeral Mass will be streamed live on the Facebook page of Sacred Heart Catholic Church, Salisbury, N.C. Online condolences may be made at http://www.summersettfuneralhome.com/ Interment will be on Thursday, September 16, 2021 at 10:00 a.m. at the W.G. Heffner V.A. National Cemetery.

The family of Mary Salamone Austin created this Life Tributes page to make it easy to share your memories.

Mary Salamone Austin, 97, died after a brief illness at Trinity...

Send flowers to the Austin family.