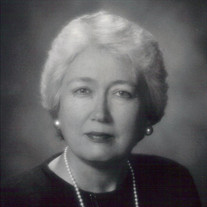 Dr. Martha Janet Kirkland West, 84, of Salisbury, NC passed away Thursday, August 26, 2021 at The Lutheran Home at Trinity Oaks. Martha was born June 19, 1937 in Salisbury, to the late Gordon Ashby Kirkland and Alene Savage Kirkland. She was a graduate of Catawba College and earned her master’s (M.ED) and doctorate (Ph.D) degrees from the University of North Carolina at Chapel Hill. Her professional life was spent in education. She taught at Huntersville Elementary School in the Charlotte-Mecklenburg Schools (1959-1965), served as Professor of Education at Catawba College (1965-1981) and as Director of Elementary Education in the Rowan County Schools (1981-1989) and the Rowan-Salisbury School System (1989-1999). After she retired, she was elected to the Rowan-Salisbury School Board of Education (2001-2005), serving as vice-chair the last two years. Much of Martha’s life was centered around Catawba College. She grew up on the campus where her father was football coach. She graduated from Catawba where she received the Whitener Medal, Catawba’s highest student award. She taught at Catawba for 16 years. She was appointed to the college’s Board of Trustees in 1993. When Catawba celebrated its sesquicentennial in 2001, she served as editor and one of the authors of the college’s history, “A College of Our Own”. She received an honorary degree from the college during that year. She also received the Distinguished Alumnus Award. In 2011 she received Catawba’s highest award for service to the college and community, the Adrian Shuford, Jr. Award for Distinguished Service. Another honor from Catawba was students who received scholarships in teacher education being named the West Scholars. When Martha retired from the local school system, her colleagues contributed funds to endow the Martha West Scholarship which is awarded each year to an outstanding student in teacher education. Martha was very active in this community. She was a member of John Calvin Presbyterian Church where she served as an elder, choir member, women’s circle member and study leader, and a volunteer for Meals on Wheels and Rowan Helping Ministries. She also serviced on several Presbyterian committees and was elected to the denomination’s General Assembly. For many years she served on The Salvation Army’s Board of Advisors. She served several terms on the Boards of The Center for Faith and the Arts, Rowan Museum, Piedmont Players, St. Thomas Players, and the Salisbury-Rowan Symphony. She was a tutor with Communities and Schools. She was invited to membership in the Delta Kappa Gamma Society, an international society for women in education. She served two terms as local president and one term as state vice-president. She served on the local Smart Start Rowan Board and as chairman of the Pre-K Committee. In 2016 she was awarded the Shirley P. Ritchie Champion for Children Award. Martha had many interests. She traveled to over 40 countries and to 46 states. She served as tour leader on many of these trips, including a number to New York City. She loved to read and at one time belonged to three book clubs. Bridge was another favorite hobby. She loved to sing and through the years sang with several groups. She especially loved football and went to Catawba games all of her life. For eighteen years, she was a season ticket holder with the Carolina Panthers. She has been a member of the Catawba Chiefs Club from its beginning and served as president in one of its early years. In addition to her parents she was preceded in death by her husband, Dr. James King West in 1984. Martha is survived by her brother, Gordon Kirkland (Sandra); nieces: Robin Kirkland, Brenda McCullers (Ray), Anita Hicks (Jerry), and Carolyn Blevins (Craig), nephews: David Kirkland (Jerissa), Vincent West (Pam); great-nephew, Owen Kirkland and many cousins. A Committal Service will be conducted 1 PM Thursday (Sept. 2) at City Memorial Park Cemetery followed by a Memorial Service at 2 PM at John Calvin Presbyterian Church with Rev. Kate Morrison, officiating. The service will be videoed and downloaded to the John Calvin Presbyterian Church website. In lieu of flowers, memorials may be made to the Martha Kirkland Scholarship or the Gordon and Alene Kirkland Scholarship at Catawba College, 2300 West Innes Street, Salisbury, NC 28144 or John Calvin Presbyterian Church, 1620 Brenner Avenue, Salisbury, NC 28144. Summersett Funeral Home is serving the West/Kirkland family. Online condolences may be made at www.summersettfuneralhome.com.

The family of Dr. Martha Kirkland West created this Life Tributes page to make it easy to share your memories.

Send flowers to the West family.