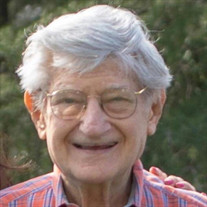 Leon Morris Zimmerman, 91, died Friday, June 26, 2020 at the Glenn A. Kiser Hospice House in Salisbury, N.C. Born March 13, 1929 in Morganton, N.C., he was the son of the late Anna Pliskin Zimmerman and Sam Zimmerman. Mr. Zimmerman’s survivors include his loving wife of 51 years, Phyllis Branch Zimmerman; 2 daughters, Laura Zimmerman-Clark of Salisbury (and husband, Steve Clark), and Lee Zimmerman Callahan of Alpharetta, GA (and husband, Kent Callahan); 7 grandchildren, including Blake and Bennett Clark of Salisbury, Meghan Johnson. Laura, Bobby, Jules, and Jack Callahan of Alpharetta. In 1939 at the age of 10, Mr. Zimmerman and his family moved to Salisbury. In 1946, he graduated from Boyden High School and in 1950 he graduated from the University of North Carolina at Chapel Hill with a Bachelor of Science Degree in Business Administration. Mr. Zimmerman’s immigrant parents opened Zimmerman’s Department Store in 1939, a downtown Salisbury landmark located on Main Street for close to 50 years. As a child, Mr. Zimmerman lived above his parents’ store and started working in the business at a young age. Mr. Zimmerman and his brother-in-law became co-owners and continued to operate the store together until 1988. From 1988 until his retirement in 2000, Mr. Zimmerman owned Leon’s New Brands which was a retail / wholesale company also located on Main Street in Downtown Salisbury. Mr. Zimmerman’s retail career included extensive travels to New York City for buying trips for the store, forging many business and personal friendships along the way. Mr. Zimmerman was Director of the National Retail Merchants Association in the early 1970’s, the Chairman of the Planning Board of the City of Salisbury from 1968-1976, a member of Temple Israel and an active member of the Rotary Club of Salisbury for many years. Mr. Zimmerman will be remembered for the impact he had on the people he knew more than anything else. Anyone that knew him felt his love, kindness, full heart and positivity. Mr. Zimmerman was generous beyond belief and befriended so many people throughout his life. Always willing to lend a hand or literally the shirt off his back, Mr. Zimmerman’s warm smile and infectious kindness touched so many in Salisbury over his 91 years. He will be greatly missed by all who knew him. Memorial Service: 9:00 a.m. Monday, June 29 at Summersett Funeral Home. The service will be held outdoors. Given the current pandemic, the Zimmerman family understands that many friends may not feel comfortable attending and appreciate thoughts and prayers in lieu of attendance. For those that would like to attend, the family requests everyone wear a face mask and adhere to 6 foot social distancing guidelines. Memorials: Glenn A. Kiser Hospice House, 1229 Statesville Blvd., Salisbury, NC 28144. 704-603-3900. Summersett Funeral Home is in charge of arrangements. Online condolences may be made at www.summersettfuneralhome.com.

The family of Leon Morris Zimmerman created this Life Tributes page to make it easy to share your memories.

Send flowers to the Zimmerman family.