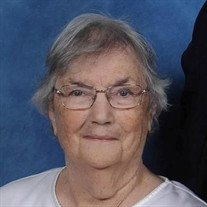 Laura Mobberly Lansford, June 10,1934-Sept 23, 2021, lived an abundant life, while others may have had a bucket list, Laura’s cup runneth over. Laura was born in Laurel, Mississippi, but immediately returned to New York, where both parents were educators, her father Hollis being on the faculty at Brooklyn College. Unfortunately, her father died when she was two, causing the remaining family, her brother Henry and her mother Minnie to return to Laurel, where they formed a multi-generational family led by her grandfather, a retired Baptist pastor, and her aunt Mary, a leading educator. (Laura falls in the third of five generations of women educators in her family.) When Laura graduated from high school, she took a year off, working as a copy writer at the local radio station before going to Ole Miss, where she got a BA in English and Drama. The next phase in Laura’s life was as a civil rights activist. Her first husband, Duncan McConnel was a freedom rider. Her two oldest daughters, Tarin and Kennan, were in strollers at the foot of the steps when Martin Luther King gave his I have a Dream speech. The strollers and occupants were regular participants in protest marches. During this period, Laura worked with Peace Research Institute and Howard University and met Martin Luther King, Jr, Stokely Carmichael, and John Lewis among the civil rights leadership. During the next years, Laura had a third daughter, Rondel, and did graduate studies in Psychology, with Master’s from Eastern New Mexico U, and a Doctorate from University of Northern Colorado. She put that to work in community mental health and the schools. She set up the first Suicide Prevention Hotline m in New Mexico, worked in community education, and as a faculty member of Western Oregon College took training to remote school districts in Eastern Oregon. Laura married Will Jordan in 1983 and until struck with disabling chronic fatigue continued in school psych, high level word processing, and writing for local and regional publications. In many ways, Laura always realized that she was a writer. Whether it be poem, an evaluation of a client, or a news or historical article for a publication or newspaper, she continued writing. For over 40 years Laura was actively involved in historical recreation and reenactment. The two foci of this was over 30 years in the Society for Creative Anachronism a medieval studies and reenactment organization and 20 years in volunteering at 19th Century Hudson’s Bay Company posts in the Pacific Northwest. In these venues she researched, taught, researched and created costuming, wrote poetry and song, led drama presentations, and lived in the life and times. In the ensuing years, Will and Laura took cruises to the Bahamas, Western Caribbean, and full passage of the Panama Canal. Laura celebrated her 70th birthday on the Left Bank in Paris. She has had an abundant life. She is survived by her husband, Will Jordan, three daughters, five grandchildren, and one great grandson. Special thanks must go to Susan Arthur, her caregiver for nearly 11 years Memorial Gifts: Civil Rights Museum, Greensboro, NC St Luke’s Episcopal Church, Salisbury, NC

Laura Mobberly Lansford, June 10,1934-Sept 23, 2021, lived an abundant life, while others may have had a bucket list, Laura&#8217;s cup runneth over. Laura was born in Laurel, Mississippi, but immediately returned to New York, where both parents... View Obituary & Service Information

The family of Laura Mobberly Lansford created this Life Tributes page to make it easy to share your memories.

Send flowers to the Lansford family.