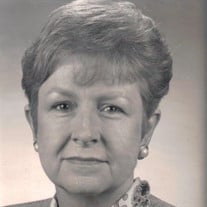 Joyce Adele Boyd Beaver, 82, of Salisbury, NC passed away Thursday, February 20, 2020 at Autumn Care of Salisbury. Mrs. Beaver was born May 20, 1937 in Aliquippa, PA, daughter of Andrew Oliver Padgett and Anna Bernice Towery. She was later adopted by Norris Eugene Boyd and Jennie Melissa Jackson of Ellwood City, PA. She graduated from Youngstown University earning a B.A. Degree in music. She worked in the banking industry all her adult life first serving as Executive Assistant to the President of First Federal Savings & Loan in Charlotte, NC and eventually becoming the VP of Retirement Planning. She later moved to Salisbury, NC to work at OMNIBANK which acquired First Federal. After that, she worked for Citizens South Bank as a Customer Service Representative. After retiring from banking, she became a realtor and served a short stint as the Executive Director of the Salisbury/Rowan Board of Realtors in 1997. On a part-time basis, Mrs. Beaver followed her passion and education working as a choir director for several churches. Most notably she served Westminster Presbyterian in Charlotte in that capacity. In 1987, Joyce married the love of her life, Gordon Alexander Beaver of Landis, NC. He was a well-respected music teacher/choirmaster within the Evangelical Lutheran Church of America serving in many capacities, most notably as a teacher at the Lutheran Theological Southern Seminary and choirmaster at St. Mark’s Lutheran in Charlotte, NC. Besides directing their own choirs, together they most enjoyed their time singing in the St. John’s Lutheran Church Chancel Choir and the Salisbury Concert Choir. She is survived by her son, Mark and wife Maria Henderson Lewis and granddaughter Rebecca; stepson, Mark and wife Edie, and grandson Travis; stepson, Timothy and wife, Laura; stepson Michael; stepson Christopher and wife Abby and grandson Andrew. She has two brothers, Jim Trehar of Badin, PA; Robert Boyd and wife, Normajean of Waynesboro, PA. She has one sister-in-law Loretta McCoy of Charlotte, NC The family will receive friends 10 AM – 11 AM Tuesday (Feb 25) in Peeler Hall of St John’s Lutheran Church. A funeral service will follow at 11:00 AM in St. John’s Lutheran Church, conducted by Rev. Rhodes Woolly. Burial will follow at West Lawn Memorial Park. In lieu of flowers, the family requests memorial gifts be directed to St. John’s Lutheran Church-G2G Campaign in Joyce’s memory. Summersett Funeral Home is serving the Beaver family. Online condolences may be made at www.summersettfuneralhome.com

The family of Joyce Adele Boyd Beaver created this Life Tributes page to make it easy to share your memories.

Send flowers to the Beaver family.