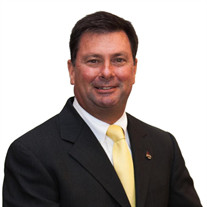 John Scott Robinson, 62 of Salisbury, passed away peacefully surrounded by his family January 22nd, 2021 following a tragic accident. He was born November 29th, 1958 at Rowan Memorial Hospital to John Pink Robinson, Jr. and Lucy Henderson Robinson. Scott was a beloved and devoted husband, father, son, friend and colleague. He was known by his family and across the world for his compassion, loyalty, strong work ethic and integrity. Scott had a true servants heart with endless energy. Scott served his community diligently over the years. He was a member of the Salisbury Kiwanis Club for 33 years and served as president. He was invaluable at the Pancake Festival year after year. He served as chairman on the Salisbury City Planning Board. As a faithful and active member of St. John’s Lutheran Church, he served in many capacities as a board member, usher team captain and brother in Christ. Scott became an Eagle Scout with Troop 443 in Salisbury in 1972, and later in life, he became an active scoutmaster for troop 443, earning his own Wood Badge Honor. Scott’s son, Miles, received his Eagle in 2012. In his professional career as a real estate appraiser of 35 years, Scott worked aside his father, John in their Salisbury office. He meticulously served the Appraisal Institute in many capacities, most notably as president in 2016. He most recently served on the Appraisal Institute’s Board of Directors. Scott served as chair of the Appraisal Institute’s CEO Search Project Team, the National Nominating Committee, the Strategic Planning Committee and many other committees in the United States and worldwide. Scott was an experienced Appraisal Screener, a Demonstration Report Grader and was a member of the Audit Committee. Last week he was to be installed into the Appraisal Standards Board, which is a part of the congressional overview of the appraisal industry of the United States Congress. We are saddened that he will be unable to fulfill this duty. Scott is survived by his loving wife, Kimberly; children, Molly Elizabeth (Lindsey Tripp) and John Miles; parents John and Lucy Robinson. His brother, Brad Robinson (Debbie Robinson); nephew, Ryan Robinson, all of Raleigh; and niece, Mackenzie Robinson (Charlotte); his aunt Sara Robinson Banish; mother-in-law, Gail Snyder Swan, and brother-in-law, Mark Keeling, all of Salisbury. He is also survived by Margie Keeling, Mother-in-law of Thomasville, GA; and his Aunt Nancy Cattarius of Lakeland, FL. He was the grandson of the late John Pink Robinson, Sr. and Lois Peeler Robinson of Salisbury, the late Elizabeth Harris Henderson of Florida, and the late George Harrison Keeling of Thomasville, GA. An open visitation will be held on Tuesday January 26th, 2021 from 10:00-10:45 AM at St. John’s Lutheran Church, followed by a small, private memorial service at 11:00 AM. All attendees will be asked to wear a mask and socially distance as much as possible. In lieu of flowers memorial donations in Scott’s name may be made to Salisbury Kiwanis Charities, Inc., send to Friends of Rowan, P.O. Box 262, Salisbury, NC 28145-0262 with Salisbury Kiwanis Charities in the memo or a donation to Salisbury Academy, 2210 Jake Alexander Blvd, N., Salisbury, NC 28147, for an academic scholarship to a student in need. Summersett Funeral Home is serving the Robinson family. Online condolences may be made at www.summersettfuneralhome.com.

The family of John Scott Robinson created this Life Tributes page to make it easy to share your memories.

Send flowers to the Robinson family.