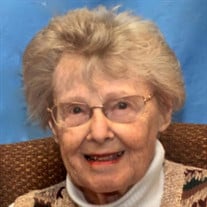 Frances Ann Diehl Tannehill, 93, of Salisbury, passed away Sunday, October 25, 2020 at The Lutheran Home at Trinity Oaks. She was born Frances Ann Diehl on September 24, 1927 in Huntington, West Virginia with a silver spoon in her mouth. Her father, Francis Diehl was a prominent architect; her mother, Bess Trahern Diehl, a housewife. They were surprised to find each other and have a family late in life. The spoon was yanked by the Depression and further complicated by the sudden death of her father. Her mother worked as a stenographer to keep shelter, and Fran, at the ripe age of 10 took over the household, preparing meals and cleaning. She loved Shirley Temple and her cat, Skippy. They ate corn meal mush and navy beans, food she despised to this day, and when they had an orange, they split it and watered it down. Fran had two dresses with several collars that were replaced for a different look. They missed their daddy who was a violinist and consoled themselves with family music, Fran’s sister Bette on piano, brother John on bass, and Fran singing alto. In 1949, she graduated with honors from Marshall in Huntington, W.Va. with a degree in Zoology and had an eye toward medical school. But as the Korean War began picking off young men in her hometown, she migrated instead to Fort Meade, MD where she was known for running the strictest serology lab on the base. She met Bob Tannehill in the chapel choir at Ft. Meade and on November 27, 1953, they combined families. She committed to lab work to put Bob through medical school and in, 1962, they moved to Salisbury, N.C. because it was halfway between his family in Georgia and hers in West Virginia. They joined St. John’s Lutheran Church because it had the best choir. She commenced to sing in it and other local choirs for the next 45 years. They were married for 10 years before welcoming a son, Bruce and two daughters, Myra and Amy later in life. Fran dedicated herself with steadfast good cheer and an unwavering belief in the better nature of humankind to the country club life, the church, a sewing club that hadn’t glimpsed a pattern in 40 years, the quilters’ guild, the Medical Society, various book clubs, the Dismal Swamp Group, and the Concert Choir. Her favorite pieces to sing were the “Messiah” and Brahams’ “German Requiem.” She often rose above small-town networking pressures and was truly a loyal and loving friend and dedicated group member. It is estimated she made 250 quilts for friends and family with at least 50 of those going to Rowan Helping Ministries and the women’s shelter. In 1983, she became Coordinator of Chaplains at Rowan Regional Hospital, making sure there was a chaplain available at all times should anyone in the hospital or their loved ones need spiritual support. This task and every other organizational one she was given, she took on with the determination of a terrier, straightening out the systems and otherwise making things better for the person who would follow. She was a lifelong learner and avid world traveler. She took Old Testament and New Testament courses at Catawba, and computer courses at Rowan Tech. She traveled to the Holy Land, Germany, Jamaica, Greece, Scotland, Newfoundland, British Columbia, England, Wales and other places. She was a gifted party thrower, hosting countless cocktail, bridge, and choir parties, numerous cookouts and gigantic annual regatta parties at their High Rock Lake house, trips to the beach house near Charleston, SC and too many dinner parties to ever attempt to count. She had a constant stream of visitors, family, musicians, foreign exchange students, missionaries, and the occasional stray – all were welcome in her home with the same generosity she would apply to a dignitary. Besides her parents, Mrs. Tannehill is predeceased by her brother John Diehl and her sister Bette Diehl Fleming. The family is comprised of her husband, Robert Tannehill; children Bruce Tannehill (Rita) of Augusta, Georgia; Myra Tannehill (Dean Hamilton) of Woodleaf, N.C., and Amy Tannehill Elkin (Bill) of Mooresville. She is the proud grandmother of six: Meredith (Caleb) Harmon, Jacob (Andrea) Tannehill, Kristin Tannehill, Katie Elkin, Lily Elkin, and JP Hamilton. In recent years at Trinity Oaks Lutheran Community, she headed up the re-planting of landscaping beds at the apartment entrances, conducted sewing classes, and founded a quilting group that has made over 100 quilts for children’s hospitals and women’s shelters. She was a compassionate friend, visiting the sick and shut-in and singing in funeral choirs. The family would like to extend thanks to Trinity Oaks, especially the Assisted Living Staff who cared for her so diligently, and to Trellis hospice. In lieu of flowers, memorial gifts can be made to St. John’s Lutheran Church Music Fund (200 W. Innes Street, Salisbury, NC 28144) and/or Friends of Yadkin Path Montessori Foundation (yadkinpathmontessori.org/support-us). The private family service for Frances D. Tannehill will be live-streamed at 2pm on Friday, October 30th. Go to www.stjohns-salisbury.org to witness online. Summersett Funeral Home is serving the Tannehill family. Online condolences may be made at www.summersettfuneralhome.com.

Frances Ann Diehl Tannehill, 93, of Salisbury, passed away Sunday, October 25, 2020 at The Lutheran Home at Trinity Oaks. She was born Frances Ann Diehl on September 24, 1927 in Huntington, West Virginia with a silver spoon in her mouth. Her... View Obituary & Service Information

The family of Frances Ann Diehl Tannehill created this Life Tributes page to make it easy to share your memories.

Send flowers to the Tannehill family.