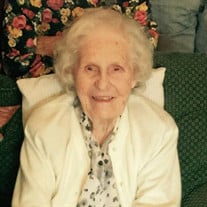 Dorothy “Dot” Ragan Jones, 93, of Salisbury (formally of Greensboro, NC), passed away on Wednesday, November 11, 2020 at The Laurels of Salisbury. Born February 12, 1927 in Granville County she was the daughter of the late William Samuel Ragan and Emma Claire Long Ragan. She received her education in Fuquay Varina, NC. She was employed as a bookkeeper for many years at Cooks (Clarks) Department Store in Greensboro and later retired from McKnight Hardware in Greensboro at the age of 79. She was an avid reader, especially of the Bible and Danielle Steele novels. She was a devoted Christian and loved her Lord. She was preceded in death by her parents, eight brothers and one sister. Also preceding her in death was her husband, Joseph Franklin Jones on December 5, 1982 whom she married August 15, 1945 on VJ Day the Japanese surrender of World War II. She loved and adored her children and grandchildren dearly. Left to cherish her memory is her daughter, Vicki J. Padgett (Joe) of Salisbury; son, Ronnie Jones (Kathy) of Statesville; grandchildren, Philip Johnson Sr. of Madison, Dean Hulon of Greensboro, Andy Jones (Brenda), Emily Nunez (Anthony) and Ragan Jones of Statesville; great-grandchildren, Sara Bannon (Patrick), Christina Montgomery Nichols (Brandon), Philip Johnson Jr., Owen and Kaitlin Winkley, AJ Jones and Layla Nunez; great-grandchildren, Aiden and Kian Bannon and Kinsley Montgomery. Also, a special friend in Angela Neal of Madison as well as numerous nieces and nephews. A Graveside Service will be held on Tuesday, November 17 at 2:00pm at Lakeview Memorial Park in Greensboro, NC conducted by Pastor Don Tabler of Mt. Tabor United Methodist Church in Madison. Summersett Funeral Home is serving the Jones family. Online condolences may be left at www.summersettfuneralhome.com.

Dorothy &#8220;Dot&#8221; Ragan Jones, 93, of Salisbury (formally of Greensboro, NC), passed away on Wednesday, November 11, 2020 at The Laurels of Salisbury. Born February 12, 1927 in Granville County she was the daughter of the late William... View Obituary & Service Information

The family of Dorothy Ragan Jones created this Life Tributes page to make it easy to share your memories.

Send flowers to the Jones family.