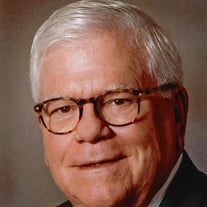 Donald Dean Sayers passed away peacefully on October 7, 2021. He was born February 15, 1943 in Greenville, South Carolina, the son of the late William Floyd Sayers and Martha Dean Sayers. He was educated at the University of North Carolina at Chapel Hill, earning a BA degree in History in 1965, and a law degree in 1968. After law school, Don clerked for Federal District Court Judge, Hon. Algernon Butler, in Clinton, North Carolina and then joined the Woodson Sayers Lawther Short Parrott and Abramson, LLP law firm in 1969 where he remained until he retired in 2019. Don loved Salisbury and contributing to his community. He served on the boards of the Margaret C. Woodson Foundation and Rowan County YMCA and also served as President of the Historic Salisbury Foundation, the Salisbury Rotary Club and the Salisbury Kiwanis Club. He served his community so well. He was selected as one of the North Carolina Bar Association’s Citizens Lawyers in 2015, which honors lawyers who exemplify the ideals of a citizen lawyer through public service, work with non-profit charitable organizations and volunteering with youth and religious organizations. Don also served the Rowan County Board of Education for many years and was proud of his service to the profession in the area of education law. Don was a faithful member of First Presbyterian Church and was actively involved in the Everyman’s Bible class. Don touched many people with his gentle nature. He was a wonderful storyteller with a wit that would leave you laughing every time. He was a wonderful cook, an avid Tar Heel fan, a history buff and a collector of antiques. He cherished his many friends and particularly loved spending time with his fishing friends. Don was most proud of his two daughters and two granddaughters and loved them with all his heart. In addition to his loving wife, Carol of 55 years, Don is survived by two children, Kelly Sayers Vecchio and her husband, Rob of Charlotte, NC; Holly Sayers Hartzog and her children, Elizabeth Haddon “Liza” and Margaret May “Greta” of Raleigh. Don is also survived by a brother, Dr. William Floyd Sayers, Jr. and his wife, Betty of Winston-Salem and many nieces and nephews. A private family service will be held. The family will receive friends on Monday, October 11, 2021 at a reception in Lewis Hall at First Presbyterian Church, 308 W. Fisher St., Salisbury, NC 28144 from 2:30-4:30 pm. In lieu of flowers, and in support of his eldest daughter, the family invites you to make a donation to the UNC Lineberger Comprehensive Cancer Center, UNC Health Foundation, P.O. Box 1050, Chapel Hill, NC 27514 or to the First Presbyterian Church of Salisbury. Summersett Funeral Home is serving the Sayers family. Online condolences may be made at www.summersettfuneralhome.com.

Donald Dean Sayers passed away peacefully on October 7, 2021. He was born February 15, 1943 in Greenville, South Carolina, the son of the late William Floyd Sayers and Martha Dean Sayers. He was educated at the University of North Carolina... View Obituary & Service Information

The family of Donald Dean Sayers created this Life Tributes page to make it easy to share your memories.

Send flowers to the Sayers family.