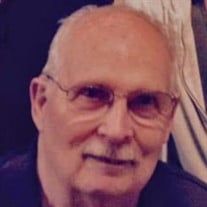 Donald Kenneth Rice, 91, of Lexington, died Sunday, January 31, 2021 at Autumn Care of Salisbury. Born May 25, 1929 in Washington, DC, he was the son of the late Jean Lucille Mosser Rice and Louis Kenneth Rice. Mr. Rice was educated in the District of Columbia public school system graduating from McKinley Technical High School in February 1947. After graduation he worked briefly for the Army Map Service as a cartographic draftsman before entering the University of Maryland as a freshman. In the Spring of 1948 Mr. Rice was accepted into the Aviation Cadet program and after basic training, received his wings as a rated pilot and was commissioned a 2nd Lt. in the United States Air Force in July 1949, Class of 49 B. Capt. Rice was a member of the 55th Strategic Reconnaissance Wing Association and a member of the USAF Pilots School Class of 49 B Association. After graduation from the University of Maryland with a BA Degree in Business Administration and graduate studies in Industrial Psychology at American University he was employed by Peoples Drug Stores where he worked for 20 years and served in various capacities; Retail Store Manager, an executive position in Sales Promotion, and Director of Distribution. In 1977 he left Peoples and was employed by the Bob Banning Automotive Group where he worked in an executive capacity until he fully retired in December 2002. Mr. Rice was an active member of the Evangelical Presbyterian Church of Annapolis were he had served on the Diaconate and as an Elder and was a long time participant in several Bible study groups and facilitator for a men’s theological discussion group. In addition to his interest in Reformed Theology and the study of Scripture he loved sailing or just to spend time on or near the water. Surviving is his loving wife of (72) years, Claire Palmer Rice. They were high school sweethearts. They met in South Anne Arundel County, where their parents owned summer residences at Owings Beach, and they were married on 21 December 1948. Also surviving are three children; Sharon Rice Wickstrom (Dave) of Lexington, NC, Scott Palmer Rice (Patricia) of Warrenton, VA, Christopher L. Rice (Cindy) of Raleigh, NC, 15 grandchildren; Beth, David, Lori, Matt, Rebecca, Patrick, Mary Ann, Lisa, Christopher, Philip, Calvin, Heidi, Leigh, Kevin and Nathan, 46 great grandchildren and one brother, B. Lynn Rice (Linda) of St. Leonard, MD. A private family Graveside Service will be held 11 AM – Friday (Feb. 12) at the Salisbury VA National Cemetery. Military Graveside Rites will be conducted by the United States Air Force and the Rowan County Veterans Honor Guard. There will be a private family only (due to Covid) celebration of life service at The Meadowview Reformed Presbyterian Church, 1 Grace Way, Lexington, NC on Friday, February 12th. In lieu of flowers, memorial contributions may be made to The Gideons Bible Memorial Fund, gideons.org/donate.

Donald Kenneth Rice, 91, of Lexington, died Sunday, January 31, 2021 at Autumn Care of Salisbury. Born May 25, 1929 in Washington, DC, he was the son of the late Jean Lucille Mosser Rice and Louis Kenneth Rice. Mr. Rice was educated in the District... View Obituary & Service Information

The family of Mr. Donald Kenneth Rice created this Life Tributes page to make it easy to share your memories.

Send flowers to the Rice family.