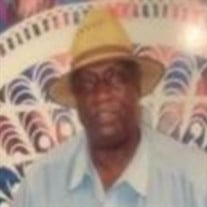 David Lee Heggins, 80, 215 Lash Drive descended this life on April 21, 2020 (11am) at the Laurels Nursing Home in Salisbury NC. Born July 30, 1939 in Rowan county he was the son of the late Richard Odell Heggins, Sr and the late Ida Mae (Bush) Heggins. As the oldest child of Odell and Ida Mae’s eight children, he was preceded in death by three younger siblings: Melvin Heggins of China Grove NC, Dorothy Heggins of Kannapolis NC and Larry “Ricky” Heggins of Concord NC. He is survived by his sons, Brent Phifer of Salisbury NC, Richard Lee Heggins of Concord NC and Tony Dykes; his brothers, Richard Odell Heggins, Jr of Charlotte NC, Danny Heggins of Kannapolis NC; his sisters, Odessa Heggins of Kannapolis NC, Joyce Hartman of Hampton VA; his uncles, Johnnie (“Jim”) Heggins of Salisbury NC, Emmanuelle Bush of Lexington NC; a very special niece/caregiver, Kim Heggins Caldwell of China Grove NC. Dave is also survived by a host of other nieces, nephews, cousins and grandchildren. He was affectionately known throughout the community as “Big Dave”. When he spoke, he was best known for his big, booming voice that made an impression on everyone he met. Big Dave had a unique outlook on life and everyday situations. When he spoke like only he could, he had an uncanny ability to make you laugh until your stomach hurt. For many years, he worked as security for local shop owners. He sang in local churches as well as with a few gospel groups. He will be missed by many because he had a kind and compassionate spirit that made people enjoy being in his presence. I think he would be the first to let others know that he was far from perfect but he lived a full life that left a positive impression on many. He made people feel good about themselves and even better about their existence in the world. This was a gift. He was a gift that will be sincerely missed by his family, friends and loved ones. Summerset Funeral Home has been selected to serve the needs of the family. Online condolences may be made at www.summersettfuneralhome.com.

David Lee Heggins, 80, 215 Lash Drive descended this life on April 21, 2020 (11am) at the Laurels Nursing Home in Salisbury NC. Born July 30, 1939 in Rowan county he was the son of the late Richard Odell Heggins, Sr and the late Ida Mae (Bush)... View Obituary & Service Information

The family of David Lee Heggins created this Life Tributes page to make it easy to share your memories.

Send flowers to the Heggins family.