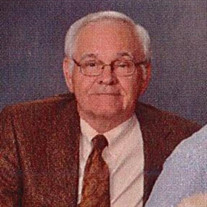 Darrell Albert Lewis, 74, of Salisbury, NC passed away Monday, September 14, 2020 at Novant Health Rowan Medical Center. Mr. Lewis was born October 13, 1945 in Portsmouth, Ohio to the late Albert Raymond Lewis and Dorothy Irene Brown Lewis. He served in the U.S. Navy aboard the USS Forrestal. After his military career, Darrell worked for several utility companies, including VEPCO and Southside Electric. His work life finally settled in the retail profession, retiring from Belk department store. He was an active member of First United Methodist Church where he was a member of the Golden Rule Sunday School Class where he served as a teacher; he was a Stephen Minister, was a regular volunteer with the church office, participated in every Bible study, enjoyed auditing classes at Hood Theological Seminary and volunteered at Rowan One Church One Child. While living in Roanoke, VA., Darrell was a member of Raleigh Court Presbyterian Church where he was also Scout Master and on the Board of Sessions. Darrell is survived by his son, Christian Lewis of Salisbury, NC; brother, James R. Lewis and wife Mary Lou of Blue Ridge, VA; nephews, David Lewis and his husband Joe Prince of Bowling Green, OH and Daniel Lewis and wife Jeanne Callahan of Richmond, VA. Also surviving is Karen Marie Lewis of Salisbury, NC. A graveside service will be held at 11 AM Wednesday (Sept 23) at the U.S. National Cemetery, Statesville Blvd location, conducted by Dr. Mark Conforti, Minister of First United Methodist Church. Military Honors will be conducted by Rowan County Veterans Honor Guard. Summersett Funeral Home is serving the Lewis family. Online condolences may be made to www.summersettfuneralhome.com.

The family of Darrell Albert Lewis created this Life Tributes page to make it easy to share your memories.

Send flowers to the Lewis family.