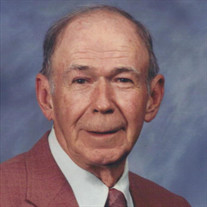 Clyde Hampton Harriss, Jr., age 92, of Salisbury passed away Saturday, November 14, 2020 at his residence. Mr. Harriss was born October 9, 1928 in Cumberland County, the son of the late Clyde Hampton Harriss and Sophia Mildred Godfrey Harriss. He attended Salisbury City Schools and graduated from Boyden High School in 1945. After graduation from Duke University in 1949, he enlisted in the U.S. Air Force where, after attending Officer Candidate School, he served as a Training Officer until his discharge in 1953. He enrolled at Columbia University in New York where he earned a Masters Degrees in Economics and Business Administration and worked for five years at the Guaranty Trust Company of New York as an Investment Analyst and as a Portfolio Manager in the Trust Department. While in New York he took much pleasure from the museums, theaters, ballet theater and Botanic Gardens and, through a fraternity brother from New York, made a large circle of friends. After leaving New York and before returning home, he and a college roommate made a six-week “Grand Tour” of Europe. It was a first trip abroad for each and they much enjoyed all the sightseeing opportunities. Upon returning home he decided on a career in the Nursery business which was a big change from Wall Street banking. He enrolled for a year’s study in Horticulture at N. C. State University which was followed by a year of hands-on experience at a nursery in Portsmouth, Virginia. Returning to Salisbury in 1963, plans were made to open Greendale Nursery and Garden Shop, with his father’s help, opened on Good Friday, 1965. Over the next thirty-three years, with the help of able and loyal employees, he enjoyed meeting the landscape needs of many customers. In 1998 Greendale Nursery was sold and, in retirement, he took much pleasure from his flower gardens and annual vacations to different parts of the U. S. and abroad. He was also an active volunteer with his church, St. Marks Lutheran Church, where he served on the church Council, was a choir member, taught Sunday School and helped with landscape planting and maintenance. He was a longtime member of the Rowan Rose Society Where he served as President and was Rose Show Chairman for ten years, and volunteered with the Rowan County Literacy Council where he was a volunteer Tutor, Board Member and Tutor Trainer for nineteen years. Preceding him in death in addition to his parents was his brother O. Charles Harriss, Sr. Those left to cherish his memories are his sister Sarah H. Dillon; sister-in-law Gladys E. Harriss; nephews, O. Charles Harriss, Jr (Pati) and David Harriss (Angela); niece Cynthia Dillon Chabot (Marc) along with great nephew and nieces, Whitney, Julie, Heather and Jonathon Harriss. A Private Graveside service will be held for Mr. Harriss. Memorials: Rowan County Literacy Council, 201 W. Fisher St., Salisbury, NC 28144. Summersett Funeral Home is serving the Harriss family. Online condolences may be made at www.summersettfuneralhome.com.

The family of Mr. Clyde Hampton Harriss Jr. created this Life Tributes page to make it easy to share your memories.

Send flowers to the Harriss family.