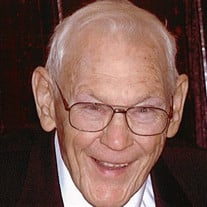 After 85 wonderful years, Charles Frederick Floyd passed away on October 15, 2020. He was born on March 21, 1935 to loving parents, Charles Ottis Floyd and Pearle Rodgers Floyd. He enjoyed an almost idyllic childhood growing up in Milford Hills, which then had paved streets, sidewalks, and streetlights, few houses, but children to play with and wonderful woods, fields and streams to explore. He graduated from Boyden High Class of 1953, and then entered UNC Chapel Hill. With the increasing illness of his father he left UNC and went to Catawba College for one semester. After the death of his father in November 1954, Charles served in the US Army for three years, fortunately in a time of peace. It is fair to say that he got more out of the army than the army got out of him. He had an honorable but undistinguished army career keeping officer personal records at the Special Warfare Center at Fort Bragg, during which time he completed one and one-half years of college, spent an enjoyable six months at the Army Language School at Monterey, California, and qualified for 38 ½ months of schooling under the Korean GI Bill. He returned to Chapel Hill in January 1958, earning an AB and PhD. In August 1958 he married the love of his life Rebecca Jane Barber. He was smart enough to hang on to her for dear life, remaining married to her to the time of his death. Charles also was fortunate enough to become a college professor during the “Golden Age” of being a college professor. He also was fortunate to be at the University of Georgia at a time when the school was experiencing tremendous prosperity and growth in quality. He also was fortunate that the school had a well-funded, defined benefit pension that greatly enriched his retirement years. During his 40 years at UGA Charles was able to pursue an interest in regional economic growth and the environment, particularly in the fight to battle roadside billboard blight. This latter interest enabled him to work on billboard legal cases in twenty-six states, to appear before congressional committees, to appear several times on national television, and be one of the founders of Scenic America and Scenic North Carolina. It also enabled him to explore and enjoy the richness of this country. Charles was an Eagle Scout, a member of the Sons of the American Revolution, and the Order of World War I. He received a Lifetime Achievement Award and a Founders Award from Scenic America. Charles was an extremely lucky fellow, being born to great parents, growing up at a great time and place, finding and living with a wonderful wife, working in a wonderful time at a great university, and having the chance to explore many enrichment opportunities. Who could possibly have asked for anything more? In addition to his parents he was preceded in death by his sister-in-law, Joyce Ann Barber. Left to cherish his memory are his wife, Rebecca Jane Barber Floyd and Mitat Floyd of the home. Due to Covid-19 a private graveside service will be conducted at Christ Episcopal Church Cemetery in Cleveland. Social distancing and wearing of masks is requested. Memorials may be made to Christ Episcopal Church Operating Fund, P.O. Box 37, Cleveland, NC 27013.

After 85 wonderful years, Charles Frederick Floyd passed away on October 15, 2020. He was born on March 21, 1935 to loving parents, Charles Ottis Floyd and Pearle Rodgers Floyd. He enjoyed an almost idyllic childhood growing up in Milford Hills,... View Obituary & Service Information

The family of Charles Frederick Floyd created this Life Tributes page to make it easy to share your memories.

Send flowers to the Floyd family.