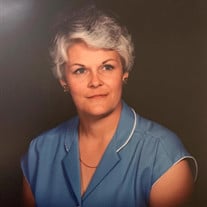 Brenda Zumpano Forbis of Salisbury, NC passed away on October 19, 2021 at Novant Health Glenn A. Kiser Hospice House. She was born in Salisbury on August 6, 1945 to the late Bernice Morgan Zumpano and Charles Vincent Zumpano. Her grandparents were the late Mary Ann Agner Morgan and Samuel A. Morgan and Thomas P. Zumpano and Angelina Mastroianni Zumpano. Also preceding her was her beloved dog, Clarence and her four hoofed and faithful equine companion, Gunner. She lived all her life in Salisbury except four years in Jasper, AL as a child. Brenda graduated from Boyden High School in 1963, and attended Rowan Memorial Hospital School of Nursing. She graduated from RCCC with highest honors in 2013 and again in 2014 with degrees in Education. She was a member of Phi Theta Kappa Honor Society. She worked for Rowan Regional Medical Center as a lab technician for 40 years beginning in 1967. Prior to that she had worked there as a Girl Scout Volunteer and a Candy Striper. She retired in 2007 and then began working for Rowan-Salisbury Schools as a Substitute teacher. She also worked as a calligrapher and private tutor. Brenda liked to write, and wrote family histories for her grandchildren. She also wrote a manuscript called Horseapples! Telling of her adventures with horses. She is survived by her sons David Forbis (Bobbi) and Tom Ausburne (Candy). Her brothers, Charles (Chuck) Zumpano (Denise) of Winston Salem, and David S. Zumpano (Debbie Fortune) of Salisbury, grandchildren Jeremy S. Forbis of Davidson, NC and Caroline M. Forbis of Salisbury, NC; nieces, Chiara Michelle Zumpano and Angelina Marie Zumpano also survive. She was a member of St. Luke’s Episcopal Church and served at various times on the Vestry, Altar Guild, Parish Life, Building and Grounds Committee, Organ Committee, Food Pantry/Little Red Wagon Committee, and Graduate and Military Outreach Committee (YAMO). A Memorial Service will be held 10AM on Saturday (Oct 30) at St. Luke’s Episcopal Church, conducted by Rev. Dr. Robert Black. Inurnment will follow in the St. Luke’s Lutheran Church Columbarium. Visitation will follow the service in the Parish Hall. Memorials may be sent to St. Luke’s Episcopal Church, 131 W. Council Street, Salisbury, NC 28144. Summersett Funeral Home is assisting the Forbis family. Online condolences may be made at www.summersettfuneralhome.com.

Brenda Zumpano Forbis of Salisbury, NC passed away on October 19, 2021 at Novant Health Glenn A. Kiser Hospice House. She was born in Salisbury on August 6, 1945 to the late Bernice Morgan Zumpano and Charles Vincent Zumpano. Her grandparents... View Obituary & Service Information

The family of Brenda Zumpano Forbis created this Life Tributes page to make it easy to share your memories.

Brenda Zumpano Forbis of Salisbury, NC passed away on October...

Send flowers to the Forbis family.