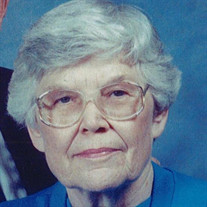 Mrs. Betty Lowrance Waller, 93, or Salisbury, NC passed away Monday, August 17, 2020 at Novant Health Rowan Regional Medical Center. Born December 30, 1926 in Iredell County, she was the daughter of the late Bess Shumaker Lowrance and Charles Payne Lowrance. She was educated in the Mooresville school and a graduate of Mooresville High School. Mrs. Waller worked as an order clerk at Southern States Co-Op in Barber, NC before retiring. She was a member of Lebanon Lutheran Church where she was active with Sunday School and Church Women’s Work. Mrs. Waller is preceded in death by her husband, Leonard C. Caldwell, whom she married in 1958 and later died in 1965 and second husband, Thomas Gibbons “TG” Waller, whom she married in 1974 and died in 2006. Also preceding her in death are brothers, Paul, Taylor, Douglas, and Joe Lowrance; sisters, Mary Lowrance, Lucy Clement, Annie Clark and stepdaughter, Brenda C. Marrow. Those left to cherish her memory are her nephew, Bobby Keith Waller of Salisbury, NC; Michael Lowrance (Karen); a number of nieces, nephews, step-grandchildren and very special family of sister-in-law Wilma and the late Bobby Waller. A memorial service will be held at Lebanon Lutheran Church, Wednesday, August 19 at 11am. Memorials may be made to Lebanon Lutheran Church, 1200 Thompson Rd., Cleveland, NC 27013. Summersett Funeral Home is serving the Waller family. Online condolences may be made at www.summersettfuneralhome.com.

The family of Betty Lowrance Waller created this Life Tributes page to make it easy to share your memories.

Send flowers to the Waller family.